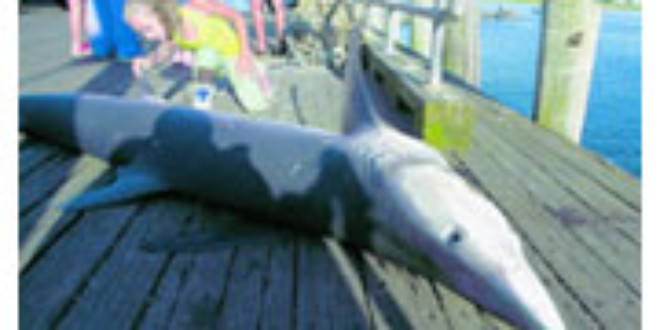 (From pressherald.mainetoday.com) Gulf of Maine, United States- Fishermen in as many as 45 boats will ply the waters off Saco this weekend in hopes of reeling in a big shark. Back on shore, the surrounding community has found itself dragged into a national battle over the treatment of the ocean”s top predators. “There”s been an awful lot of bad news about shark populations, overriding cruelty and suffering and carnival atmosphere to which the sharks are subjected.”

Sharks, which generally mature later and reproduce slower than other fish, have been depleted by commercial fishing for their meat and fins, which are considered a delicacy in Asia, and because they are killed by fishermen who fish for swordfish or tuna. North Atlantic blue sharks, for example, the most common of the large sharks off Maine’s coast, have declined by 50 percent in recent years, according to international scientists.