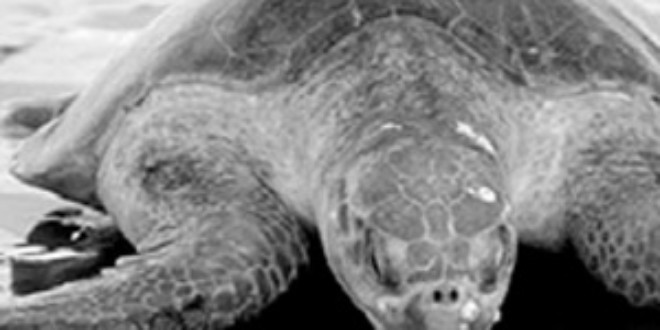 The Centre first launched ‘Operation Olive’ in 1999 to save the marine species under a new conservation plan. Coast Guard of Paradip protect the endangered species off the Orissa coast every year under ‘Operation Olive’. During the operation, Coast Guard ships and aircraft are deployed at nesting sites from November to May to protect turtles. As most of turtles die trapped in the nylon nets of fishing trawlers along the coast, in 1998 the Environment Ministry finalised a blueprint for a massive operation, added Varghese. Apart from that the Centre’s Project Sea Turtle encompasses five endangered species – olive ridley, hawksbill, green turtle, leatherback and loggerhead turtles.

As most of the deaths occur due to uncontrolled trawler traffic, the government has made turtle-extruder devices (TEDs) mandatory aboard trawlers.

The TED enables trapped turtles to free themselves, added Varghese.

Recently the Coast Guard organised a high-level meeting at Paradip. Senior Forest and Fishery officials attended the meeting and chalked out plans to protect the turtles.