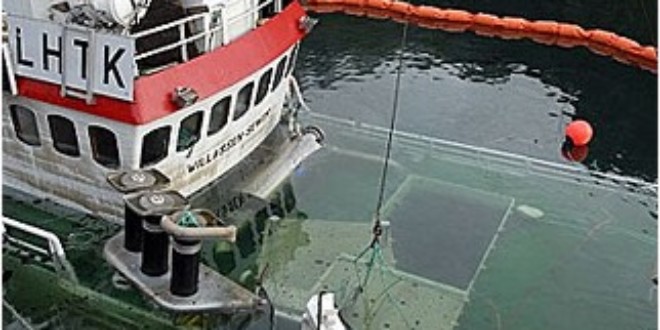 The Norwegians murdered their first whale of the season this week-end. They slaughtered a calf. The Norwegian pirate whalers have set a quota of 1,052 whales for 2008. This despite the fact that the International Union for the Conservation of Nature estimates that Minke whale populations are only half of what was previously thought.
The Norwegian fishery bureaucrats refer to the Minke whales as the cockroaches of the oceans and are using them as a scapegoat for over-fishing by humans, blaming the whales for the diminishment of the fish. The slaughter is continuing despite the fact that the Norwegians have a surplus of whale meat they cannot sell and despite the fact that a recent Norwegian government report has acknowledged that one in five whales suffer long and painful deaths, some taking hours to die.

A recent poll showed that almost two thirds of Norwegians believe that it is unacceptable for a whale to take more than 15 minutes to die once shot. Norway has been defying the international moratorium on commercial whaling since 1986. In 1992, the Sea Shepherd Conservation Society scuttled the outlaw whaler Nybraena in the Lofoten Islands and two years later scuttled the outlaw whaler Senet in Southern Norway. Since then numerous Norwegian whalers have been deliberately sunk, the latest being the Willassen Senior sunk in August 2007 by Agenda 21 agents.