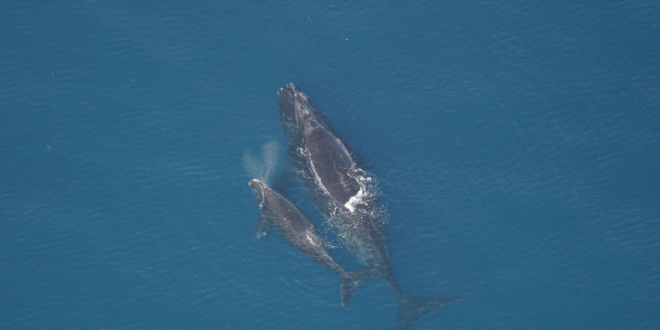 The North-Atlantic right whale is one of the most endangered of all large whales, with a long history of human exploitation and no signs of recovery despite protection from whaling since the 1930s. Right Whales in the North Atlantic are no longer hunted, and the most serious current threat is death or injury from entanglements in fishing gear and collisions with ships off the eastern coast of North America. Only around 450 individuals remain. Despite decades of protection efforts, no population growth has been observed. The species is described as ”endangered” by the World Conservation Union (IUCN).