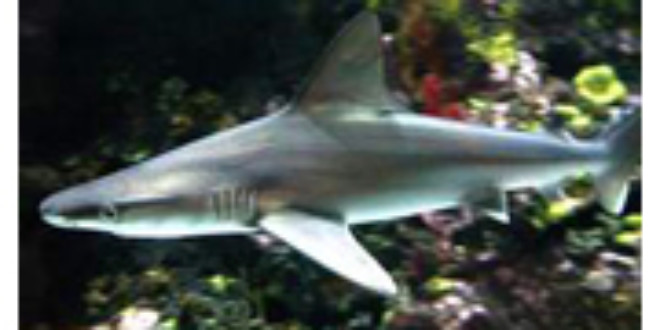 (From starnewsonline.com)- Contrary to their media-driven reputation as savage beasts out to get unsuspecting swimmers, sharks are an integral piece of the ocean puzzle, experts say. And the government has recognized that. The N.C. Division of Marine Fisheries released a proclamation last week increasing regulations for shark fishing. For example, the sandbar shark has been added to the list of sharks that cannot be fished.

The change in regulations is part of an effort to align rules on fishing in state waters with those of federal waters, Randy Gregory, marine biologist with the division, said.

“There are a lot of different shark species that are overfished,” he said.

The state’s rules include regulations on size and quantity. Recreational fishermen, for example, can take one large coastal shark per person per day unless it is on the prohibited list.

There are dozens of shark species in North Carolina waters, and to the untrained eye many look alike.

He said those interested in fishing for sharks should educate themselves on the species and be sure they can identify what type of shark it is before they pull it out of the water. Otherwise they could be facing a citation if the shark is prohibited or violates size rules.

He said even those who catch and release sharks need to be careful so they don’t kill them. He suggested using a circle hook instead of the “J” hooks that get into a fish’s deep tissue and can cause serious damage.

“It gives them a much better chance of survival,” he said.

Roseman and Rick Embler, between the two of them, caught 20 sharks off the Ocean Crest Pier on Monday, all of which they netted and let go, Roseman said.

Embler, who prefers to catch king mackerel, said he will take his line out of the water if he sees a shark approach. Friday, he said, they caught an 8-foot hammerhead shark and a month ago a 10-foot lemon shark. Both were set free.

But not everyone releases the sharks.

Embler, who also does security for the pier, said a young boy had about four undersized sharks in his bucket a few days ago. He told the boy’s father they would have to let go or face a fine.

The economy is not the only thing feeling the sharp bite of high gas prices. Sharks are taking a hit too, Gregory said.

The jump in gas prices has more people looking to fish closer to shore, in shark territory.

“More and more people are doing it all the time,” Gregory said of shark fishing.

A decline in sharks, the ocean’s top predator, has a ripple effect on the ocean ecology.

For example, American and Canadian ecologists concluded last year that overfishing of sharks in the Atlantic had created a boom in the population of rays, skates and other small prey of sharks. They, in turn, wiped out North Carolina’s bay scallop fishery, according to a release from the University of North Carolina at Chapel Hill.

A disrespect for sharks by some has led to the decline in populations, said Paul Barrington, director of husbandry and operations with the N.C. Aquarium at Fort Fisher.

He said he has seen fishermen who get frustrated when a shark takes their bait instead of the fish they set out for. Instead of setting the shark free, they leave them on the beach to die.

“We’re much more a danger to the sharks than they are to us,” Gregory said of the misconception of shark attacks, which are rare.

Gregory said the division of marine fisheries is also trying to figure out a way to best educate the state’s recreational anglers who enjoy shark fishing.

Dave Cooper, manager of Ocean Crest Pier, said he allows shark fishing on his pier but makes an effort to educate fishermen on the laws. The pier policy is not to allow any sharks 36 inches or larger for safety reasons. Large coastal sharks must be at least 54 inches to be kept. Some small coastal sharks have no size limits.

Roseman said Cooper informed him of the rules and he is happy to oblige.

“We always save them,” he said of the sharks.