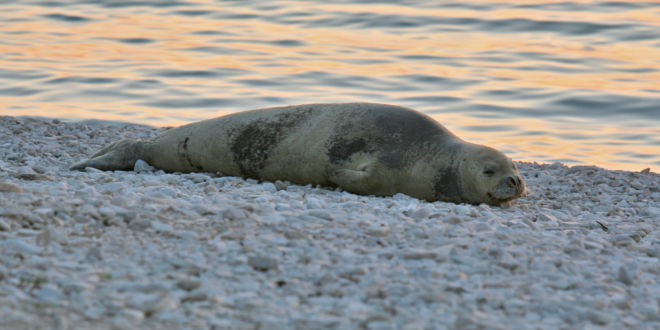 The Mediterranean monk seal (Monachus monachus) is one of the world’s most endangered marine mammals, with fewer than 600 individuals currently surviving. Mediterranean monk seals mostly seek refuge in inaccessible caves, often along remote, cliff-bound coasts. Such caves may have underwater entrances, not visible from the water line. Known to inhabit open sandy beaches and shoreline rocks in ancient times, the occupation of such marginal habitat is believed to be a relatively recent adaptation in response to human pressures – hunting, pest eradication by fishermen, coastal urbanisation, and tourism. The species is described as ”critically endangered” by the World Conservation Union (IUCN).