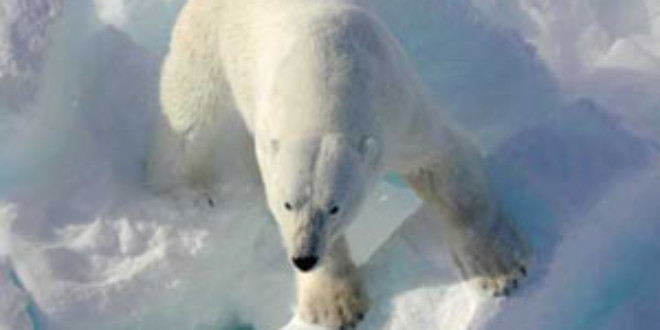 Northern Manitoba”s celebrated polar bear population is set to vanish in just a few short decades, if research by two of the world”s top experts proves right. The Western Hudson Bay subpopulation of polar bears, estimated at 935 animals in 2004, is expected to decline over the next 25 to 30 years to the point where there are not enough bears to sustain a breeding population, predicts University of Alberta biologist Ian Stirling, who”s been studying polar bears for 37 years…. Read Full Article by Bartley Kives