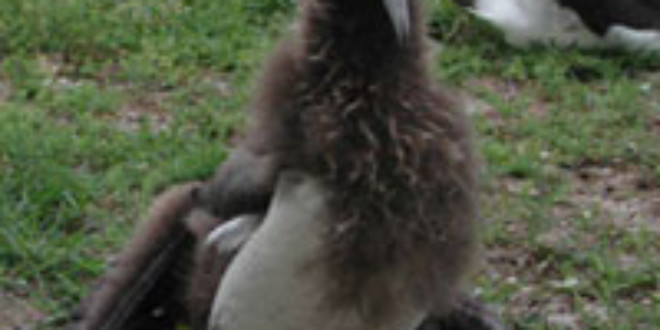 Populations of Laysan albatross face severe declines due to widespread lead poisoning of chicks unless comprehensive cleanup measures gain momentum, according to a recent study.

“Lead poisoning could be killing up to 10,000 chicks per year, and it”s affecting the long-term survival of Laysan albatross,” said Finkelstein, who led a study of the effects of lead poisoning on long-term population stability in the albatross.

The most visible symptom of lead poisoning in chicks, called “droopwing,” is an inability to lift their wings as a result of the toxic effects of lead on the nervous system. Chicks with droopwing are never able to fly and eventually die from starvation or complications of lead poisoning.