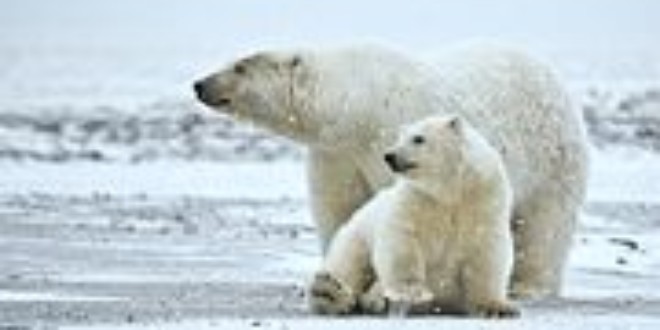 Hundreds of polar bears in northeastern Manitoba may face an increased risk of starvation due to delayed ice formation along the western coast of Hudson Bay, conservationists say.

Higher-than-normal temperatures have prevented ice from forming in the region, putting it three to four weeks behind schedule, according to the Canadian Ice Service, a division of Environment Canada.

As a result, minimum ice cover there is the lowest since 1971, CIS forecaster Luc Desjardins said… Read Full Article