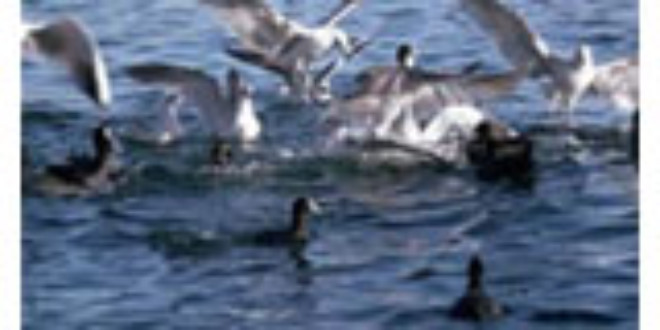 (From iar.org.uk)- New research has suggested that a superabundance of food could explain why one species of Baltic bird is struggling to survive. They explained that the young of the species are fed herring-like fish called sprat. Since the 1990s, these sprats have become unusually abundant because of a decline in the number of their main predator – cod. Despite this, the health of the guillemot chicks has steadily declined. According to the publication, Dr Henrik Osterblom has now suggested a “junk food hypothesis” that explains the decline. He showed that the more abundant sprats were actually leaner than they had been previously, as they had to compete for a smaller amount of food. As a result, the fish made a less nutritious meal for the guillemot chicks.