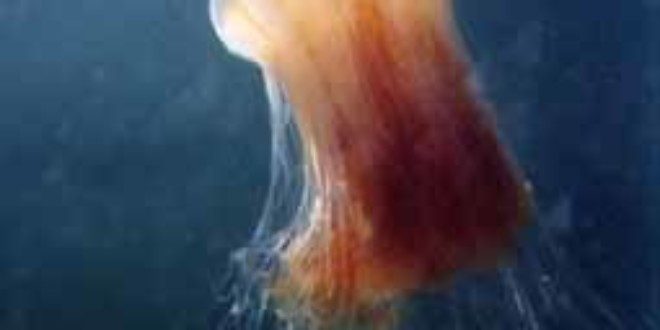 World leaders attending the U.N. climate conference in Copenhagen most likely will not discuss the invasion of the jellyfish, but perhaps they should. While it might sound like the stuff of a B horror movie, millions of jellyfish — some the size of refrigerators — are swarming coastlines from Spain to New York and Japan to Hawaii. Last month, these marauders sank a 10-ton fishing trawler off the coast of Japan after the boat”s crew tried to haul in a net containing dozens of huge Nomura jellyfish – giants who can weigh up to 450 pounds each.

The best way to fight this growing menace is with our forks. Scientists believe that a combination of climate change, pollution and overfishing is causing the boom in jellyfish populations. Leaving animals, including fish, off our dinner plates will combat all three problems.

Unless you’ve been living under a rock – or perhaps in a McDonald’s – you probably know that raising animals for food is not doing the planet any favors. Today’s meat factories spew greenhouse gases, gobble up precious resources, contaminate the air and pollute the water. According to a U.N. report, the meat industry generates 40 percent more greenhouse gases than all the cars, trucks, SUVs, ships and planes in the world combined. Hello, jellies: Almost all jellyfish breed better and faster in warmer waters….

Read Full Story by Paula Moore, research specialist for People for the Ethical Treatment of Animals