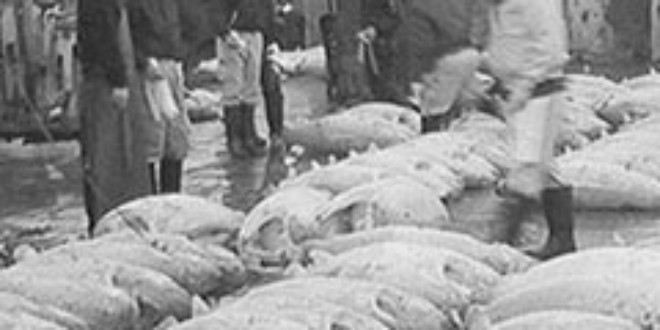 Japan lands a death sentence for the bluefin

It was a desperate defeat. The European Union and the United States had come to Doha to save the bluefin tuna, a fish so delicious as sushi and sashimi that large specimens fetch $100,000 on the Japanese market. As a consequence the species is as endangered as the white rhino. But, just like the tunas that return each year to the Mediterranean to spawn and find themselves in a labyrinth of nets, the conservationist nations have swum into a trap.

What followed was not pretty. Japan and the fishing nations inflicted a stunning defeat on the conservationist countries, which had wanted to ban international trade in bluefin tuna. Japan’s victory, against the weight of scientific opinion, not only raises the question of whether the bluefin can survive but also whether rationality can ever prevail in preventing endangered species from being obliterated… Read Full Article by Charles Clover