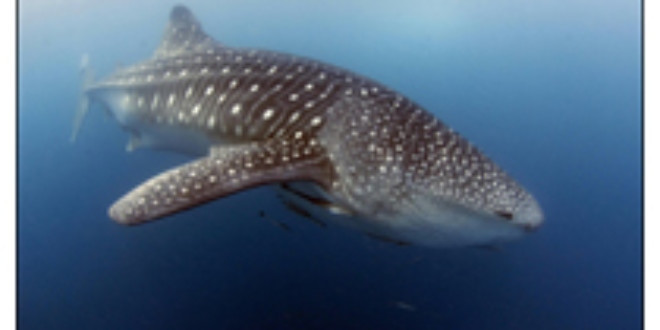 Is The World’s Largest Shark Shrinking?

(From dsc.discovery.com) – Humans have over-exploited the whale shark — the world”s largest living fish — to such a degree that the ocean giants are actually shrinking in size, according to new research. Fitzpatrick and his colleagues not only detected the population drop at the reef, but they also discovered the sharks have shrunk in body length by an average of over 6.5 feet.

The overall reduction appears to be due to the disappearance of older, larger females, along with some males, within whale shark groups.

“I think it is mostly because the larger animals are being hunted for food and other products, such as for soup fins,” explained Barry Brook.

The researchers analyzed the largest-ever database of sightings and size information on whale sharks.

The database represents a long-term, continuous record of sightings — 4,436 in total — as well as photo ID information concerning age and size, all pertaining to whale sharks at Ningaloo Reef, Western Australia.