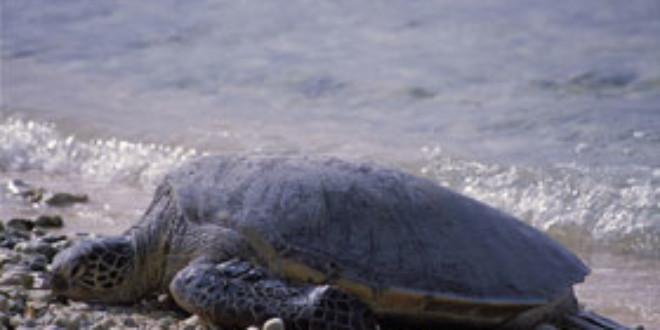 Rainsong Wildlife Sanctuary’s sea turtle protection project at Playa Manzanillo de Cobano on the Nicoya Peninsula has revealed the operation of up to 100 boats using illegal gillnets in the waters near Manzanillo. Most of these boats are gillnetting inside the 12 kilometers of strictly protected ocean that is part of the Caletas/Ario Wildlife Refuge.

The gillnets entangle sea turtles attempting to reach the beach to lay their eggs, causing their death by drowning.  Eye witnesses report that gillnetters dismember the turtles for their flesh and shells, dump the remains overboard, and sell the meat and shells in Puntarenas. Hawksbill, leatherback, olive ridley, black, and green turtles nest on Playa Manzanillo. All except the ridley are critically endangered globally. The hawksbill is the most endangered sea turtle on the planet. All species of sea turtles are protected by international and national laws. In Costa Rica the penalty for nest robbing or killing a sea turtle is three years in prison. These protective, but poorly enforced, laws reflect the tremendous obstacles to sea turtle survival: only one hatchling in one thousand that actually reach the sea survive their first year.

Sea turtles are drowning in illegal gillnets used in the protected waters of Caletas/Ario Refuge. Authorities investigate, but no action has been taken to date against illegal gillnetters… Read Full Article