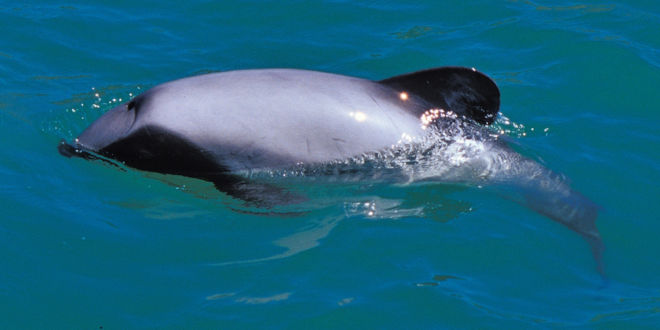 Hector’s dolphin is endemic to New Zealand and is found in shallow coastal waters. Hector’s dolphin has the most limited range of any marine cetacean other than the Vaquita (Phocoena sinus). The main cause of population decline is ongoing bycatch in fisheries and entanglement in gillnets.  Additional threats include pollution, disease, vessel traffic, and habitat modification. The North Island subpopulation of Hector’s Dolphin was recognized recently as a subspecies, Cephalorhynchus hectori maui. The species is described as ”endangered” by the World Conservation Union (IUCN).