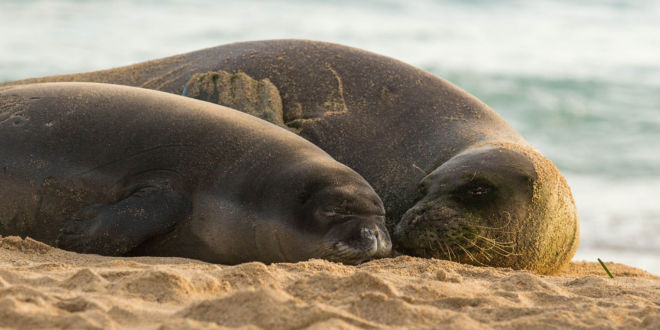 The Hawaiian monk seal is one of the most endangered marine mammals in the world and their population is declining. Monk seals are endemic to Hawaii, meaning they are native and are not found anywhere else in the world. Moreover, a newborn monk seal has only a one-in-five chance of surviving to adulthood. The species is described as ”endangered” by the World Conservation Union (IUCN).