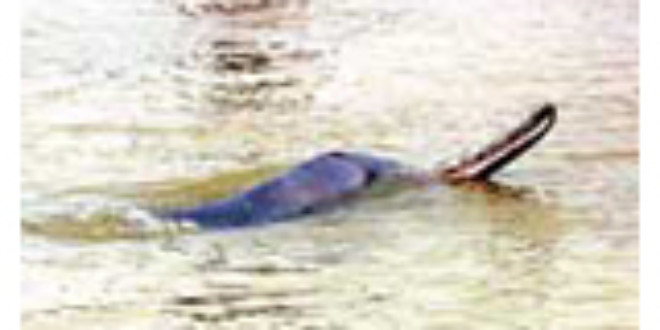 (From telegraphindia.com) India – A survey conducted by Aaranyak, an environmental NGO, has recorded an increase of 15 dolphins this year from the 2005 figure of 250. The Gangetic dolphin, hunted for its oil and skin, is an endangered species with a global population of less than 2,000.Found mainly in the Brahmaputra, the species was almost on the verge of extinction even in Assam. “Since the state government has declared the Gangetic dolphin as the state aquatic animal, it is essential to protect dolphin hotspots,” Wakid said.