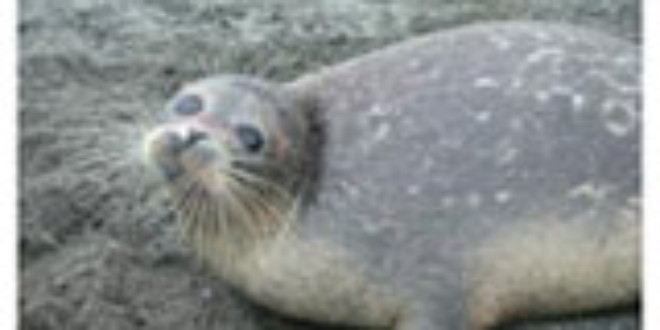 Future looks bleak for one of world’s smallest seal species

(From sciencedaily.com)- Scientists from the University of Leeds together with international partners have documented the disastrous decline of the seal – a species found only in the land-locked waters of the Caspian Sea – in a series of surveys which reveal a 90 per cent drop in numbers in the last 100 years. Commercial hunting, habitat degradation, disease, pollution and drowning in fishing nets have caused the population of the seal collapse from more than 1 million at the start of the 20th century to around 100,000 today.

The research findings have prompted the International Union for Conservation of Nature (IUCN) to move the Caspian seal from the Vulnerable category to Endangered on its official IUCN Red List of Threatened Species, announced today in Barcelona [06 October 2008].

“Each female has just one pup a year, so with numbers at such a low levels, every fertile female that dies is a nail in the coffin of the species. We’re hoping that the seal’s change in Red List status will help raise awareness about their plight, and the many important conservation issues facing the whole Caspian ecosystem.”

Moreover, new results from surveys conducted by the team in 2007 and 2008, show that since 2005 the number of pups being born has plummeted by a catastrophic further 60 per cent to just 6,000-7,000, and the number of adults seen on the breeding grounds of the winter ice-field is down by a third on 2005.

With commercial hunters from Dagestan in the Russian Federation killing more than 8,000 pups in recent years, the team is urging the governments of the Caspian countries to instate a ban on hunting as the first step in avoiding further declines. “Without a suite of conservation measures there is a very high risk the species will become extinct, and possibly within our lifetime,” says Dr Goodman.