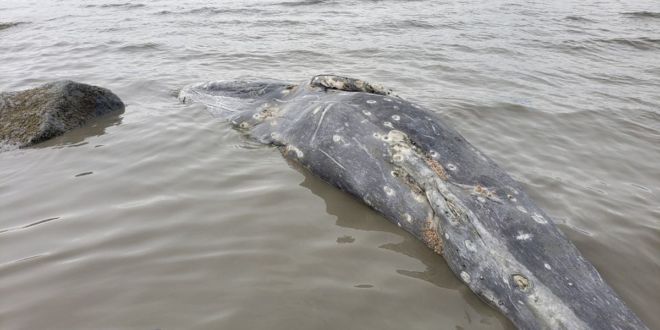 A young, male gray whale was spotted dead May, 24, 2019 on the shore of the eastern Kenai Peninsula near Clam Gulch. It was the fourth gray whale to wash up along Alaska's coastlines in about a month. (Photo by NOAA.)

Share
Previous Thousands of puffins perished in Alaska in a massive mortality event
Next Over half a million corals destroyed by port of Miami dredging, study finds