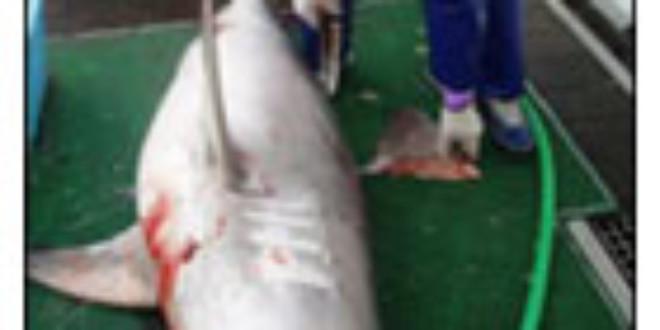 Foodies and fishers sign up to stop shark finning

(From scoop.co.nz)- Some of New Zealand’s best-known foodies and fishers have signed Forest & Bird’s pledge to help stop shark finning. Shark finning – cutting off the high-priced fins of sharks and dumping the rest of the body at sea – is contributing to the decline of shark species worldwide. While the practice is illegal in many countries, it is still permitted in New Zealand waters.

We pledge our support for a ban on shark finning in New Zealand waters because we are concerned that shark finning is contributing to a decline in shark species worldwide. We pledge that we will:

• Not eat, make or serve shark fin soup
• Avoid restaurants which sell shark fin soup – or raise the issue with them if shark fin soup is on their menu
• Not catch sharks just for their fins
• Support a law change to make shark finning illegal in NZ.

To sign the shark finning pledge, go to www.forestandbird.org.nz