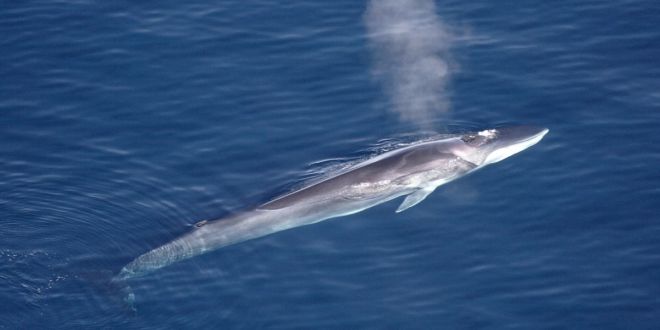 Over 725,000 fin whales were reportedly taken from the Southern Hemisphere between 1905 and 1976, as of 1997 only 38,000 survived. Recovery of the overall population size of southern species is predicted to be at less than 50% of its pre-whaling state by 2100 due to heavier impacts of whaling and slower recovery rates. Collisions with ships are a major cause of mortality. Fin whales are occasionally caught in fishing gear as a by-catch. Whaling is still an ongoing threat. The exposure to microplastics because of direct ingestion and consumption of contaminated prey poses a major threat to the health of fin whales in the Mediterranean Sea. The species is described as ”endangered” by the World Conservation Union (IUCN).