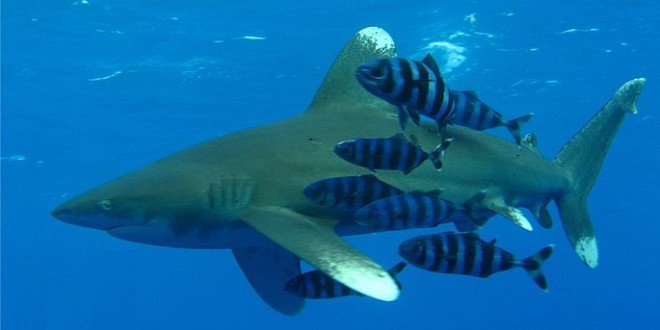 (From stories.thefacts.com) – Federal officials are working on possible catch restrictions for the blacknose shark, which turns up regularly in Gulf Coast shrimping nets. A 2007 assessment showed blacknose sharks, which are found in the Atlantic Ocean and Gulf Coast waters, have been overfished, Wilson said.

Many of the blacknose sharks caught by recreational fisherman are less than two feet long, which is a juvenile-aged shark, Wilson said. “A lot of those sharks that are being landed are undersized,” she said. “That’s putting a lot of pressure on those young sharks.”

Share
Previous Man Accused of Selling Sharks
Next Up, up, up and away, but not in Marikina