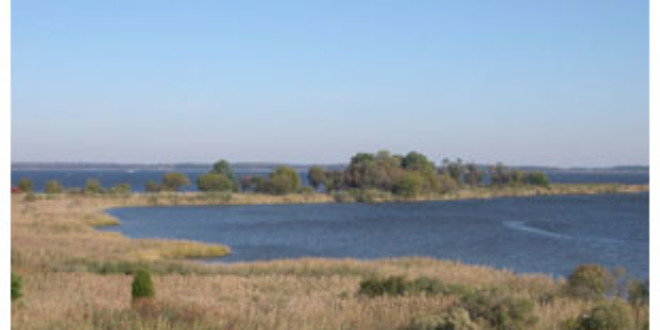 (From entertainmentandshowbiz.com) – A new study on landscape around Chesapeake Bay, the largest estuary in the US, has determined that imbalance in nitrogen cycle due to the widespread use of fertilizers is damaging water quality and fish populations. Professor Grace Brush, from Johns Hopkins University in Baltimore, USA, undertook the study of landscape changes around Chesapeake Bay.
Professor Brush studied the organisms and materials preserved in sediments in Chesapeake Bay spanning 1000 to 14,000 years, alongside available historical records covering the past 300 years, to trace the history of changes to nitrogen loading in the estuary.

She highlights how population growth, agricultural expansion, and urbanization have released nitrogen from the land and moved it to Chesapeake Bay, where it has accumulated and degraded both the natural wildlife and water quality.

The combination of the increasing use of fertilizers, deforestation and the draining of wetlands and floodplains to provide more land for crops, has led to an imbalance in the nitrogen cycle, in particular reduced opportunities for the natural removal of nitrogen.

As a result, there is an excess of nitrogen in the estuary, also known as eutrophication.

This in turn has led to the deterioration of the local ecosystem through reduced concentrations of oxygen in the bay, affecting both the water quality and the fish populations.

Providing food for an increasing population is the main reason for these changes, according to Professor Brush. Although the estuary supplied an abundance of fish species, humans also need plant-based food products in their diets, hence the increase in grasslands and use of fertilizers.

Brush adds that aquatic deterioration is not unique to Chesapeake but a global phenomenon.

Marine “dead zones” with low oxygen and/or toxic algae, caused primarily by the run-off of fertilizers from the land, as well as a greater reliance on fossil fuel, are on the increase.