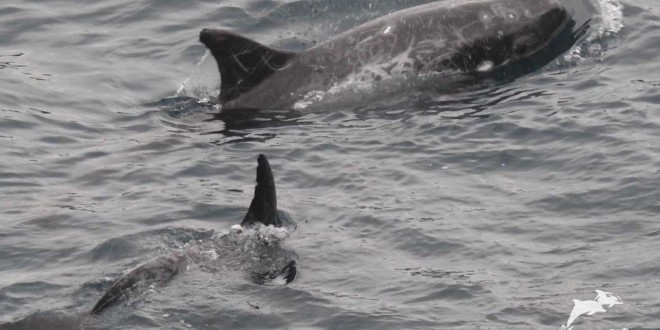 A family of Risso’s dolphins was slaughtered in the Cove this morning.

Everything happened extremely fast – the banger boats hadn’t even been hunting for an hour before they came across this pod.

The Risso’s weren’t giving in easily though. They made several attempts to escape and swim away, but the hunters were relentless and charged after the pod every time.

When they were netted into the Cove, it was clear that there were some younger pod members due to the lack of white scaring from feeding on squid on their darker colored bodies.

The pod swam tightly in circles and tail slapped the surface in panic as the skiffs revved their engines to drive them under the tarps.