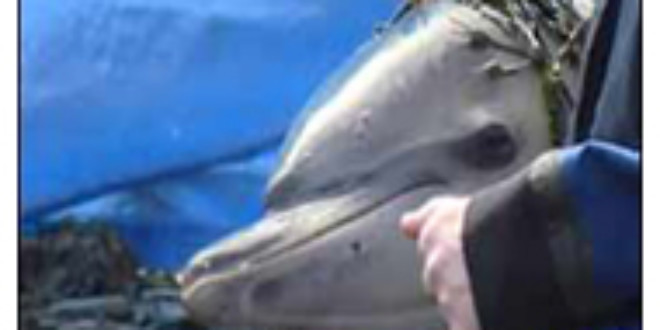 (From news.bbc.co.uk)- A volunteer involved in the operation to save dolphins caught up in a mass stranding in Cornwall is now raising funds to deal with future incidents. A total of 26 dolphins died when they became trapped in a Cornish creek in June.

She is planning to fundraise by walking the Cornish coast dressed as a mermaid.

Post-mortem examinations of some of 26 dolphins found dead in June have revealed no clues as to the cause of the mass stranding.