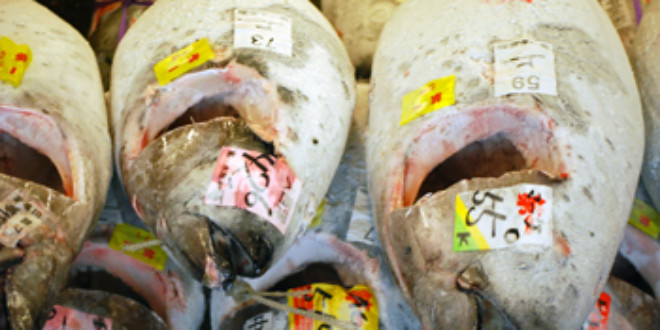 Doha meet to take up ban on Bluefin Tuna

Setting European Union’s (EU) agenda on the forthcoming Doha International meet on endangered species, France has called for a ban on international trade in bluefin tuna.

Amid reports that the ban on the over-fished species would emerge as a major point of discussion at the two-week Doha Convention on International Trade in Endangered Species of Wild Fauna and Flora (CITES) set to open on March 13, France’s Ecology Minister Jean-Louis Borloo announced in France that his country wanted a ban on international trade in bluefin tuna that would come into force in 18 months in order to protect the endangered species. The announcement came as the EU has to decide whether to back calls for the lucrative but over-exploited fish to be officially listed as an endangered species. It is believed that the French decision will weigh heavily on the final position adopted by the European Union.

France, Italy and Spain account for half of the world’s catch of bluefin, while Japan is the largest consumer.

International media reported that European officials are increasing pressure for an international ban on the commercial fishing of bluefin tuna at the Doha meet. Bluefin stocks have plummeted as powerful industrial fishing boats have come into use. The stocks are now below 15 percent of their historic levels, a team of scientific experts from tuna-fishing nations concluded at a meeting in Madrid recently… Read Full Article