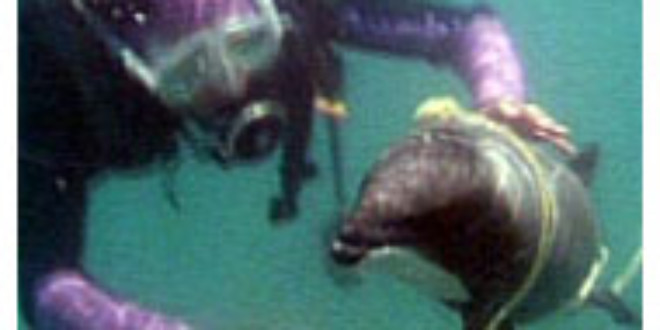 (From 3news.co.nz)- The Department of Conservation is calling on the public to report sightings of critically endangered Maui”s dolphins. Thought to be the rarest oceanic dolphin in the world, with just an estimated 111 remaining, it was “extremely important” to know more about the dolphins” behaviour and movements, said DOC marine conservation manager Simon Banks.

A sub-species of the Hector’s dolphin, the Maui’s dolphin is found only off the west coast of the North Island, generally close to shore during summer.

The dolphins have distinctive grey, white and black markings and a short snout.

Maui’s dolphins, and their close relative the Hector’s dolphin, are the only New Zealand dolphins with a rounded black dorsal fin that looks a bit like a “Mickey Mouse” ear.

“This is a rare opportunity for members of the public travelling along the west coast of the North Island to see these unique and endangered dolphins, and to help DOC with the collection of important sightings information,” Mr Banks said.

The sightings would be used to learn more about the distribution of the dolphins and help DOC ensure they adequately protected them.

Protection for the dolphins had increased, with four new marine mammal sanctuaries and changes to the existing Banks Peninsula sanctuary, coming into effect today, he said.