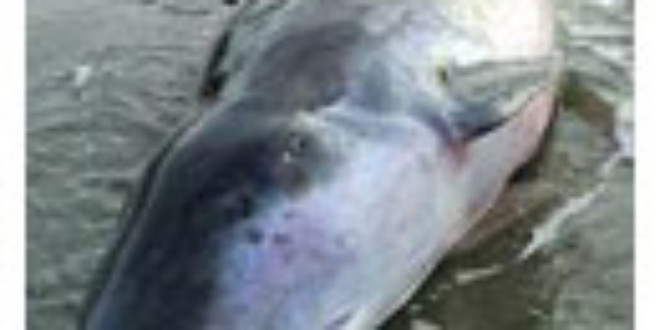 (From charleston.net) Isle of Palms, Charleston – A dead 11 1/2-foot pygmy sperm whale washed ashore early Sunday, the second to do so on a Charleston County beach and the ninth along the East Coast in the last two weeks. Blair Mafe, southeast regional stranding coordinator for the National Oceanic and Atmospheric Administration said the pygmy sperm whale is the second most common species to wash ashore. The bottle-nosed dolphin is the first. There have been nine strandings from North Carolina to Florida in the past two weeks, including one in Folly Beach on Aug. 22. She said most of the strandings have been mother-calf pairs, but tests have shown few other consistencies. Authorities discovered a 10-foot, 800-pound pygmy sperm whale little over a week ago on Folly Beach.

(By By Andy Paras)