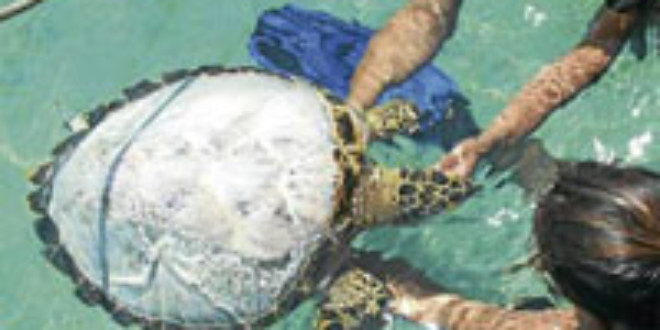 3 dead turtles with shells cut off found on island

Three dead turtles with their shells removed were found on the shores of Pulau Mantanani Kecil in Kota Belud recently.

The hawksbill turtles were found by employees of a backpackers” lodge on the island between Sunday and Monday. An employee said that apart from the shells, which appeared to have been uniformly cut, the eyes of the turtles were also poked…. Source