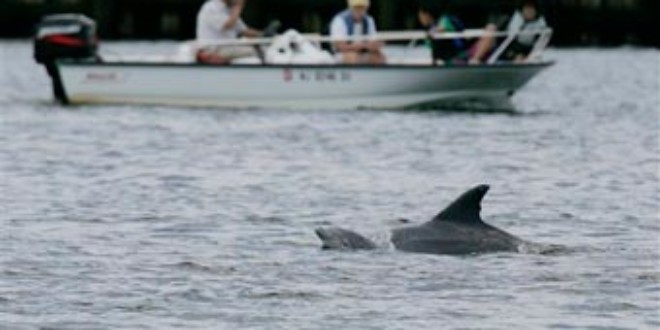 Another dead dolphin has been found in a New Jersey river where a group”s presence has been creating a stir.

The decomposing bottlenose was spotted Tuesday by workers on a bridge over the Shrewsbury River.

Tests were planned to determine whether the dolphin was a member of the pod in question.

Some activists had wanted to intervene to get the dolphins out of the waterway before the river iced over in January.

If it is determined to have been part of the river pod, the dolphin would be the fourth from the Shrewsbury to have died.