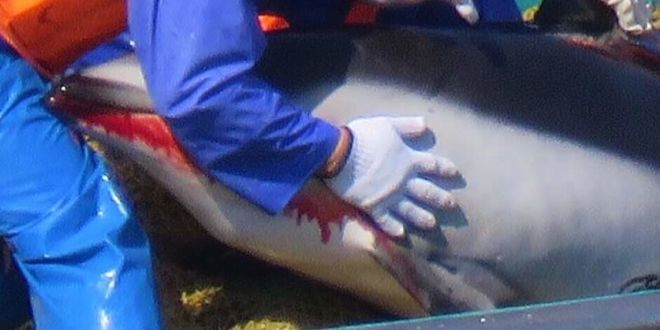 The amount of brutally and suffering endured by 10 Pacific white sided dolphins defies description. Their fierce devotion to each other has been their downfall over the past 9 days.

Dolphins never abandon their pod mates. The hunters used this to their advantage, knowing that once they captured a few, the others would stay in the area.

After unsuccessfully attempting to capture the entire pod, the hunters changed tactics. As the dolphins split into smaller groups, instead of a few boats pursuing each group, the entire fleet focused on one small group.

While others escaped, the hunters successfully netted the chosen group, knowing that the others would still be here the next day.

The dolphins thrashed violently, their last fight for freedom, as they were captured and taken to the harbor pen. Before each dolphin was dumped in the pen, it was sexed and measured by awaiting trainers.

The process was brutal and several dolphins were seen with bleeding wounds. A mother and calf are believed to be among the group. When it was over, 10 stressed and agitated dolphins could be seen swimming back and forth in the small harbor pen.

10 Pacific white sided dolphins lost their freedom today. They join the 11 who were previously captured, bringing the total to 21.

Chosen for their intelligence and beauty, these dolphins had their lives destroyed today. As long as people are amused and entertained by dolphin shows, these violent captures will continue. Please say “no” to the dolphin show. The only show worth seeing is in the ocean where they are wild and free, as they are meant to be.

Pledge NOT to buy a ticket to a dolphin show 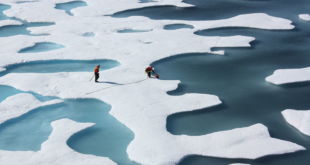 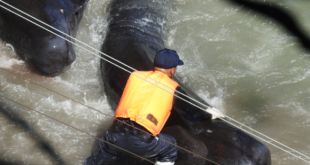 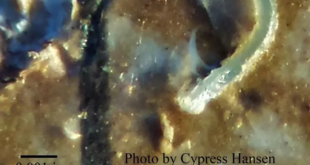 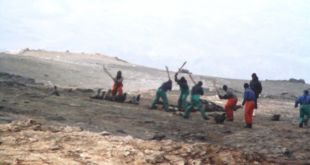