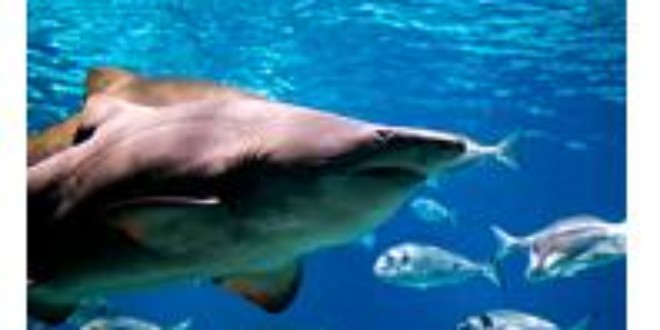 (From costaricapages.com)- Finning in Costa Rica may finally become illegal. Unfortunately, the proposed Shark Finning Prohibition Law states that the whole shark must be killed and used instead of cutting off the fins and throwing the animal back in the water where it is left to agonize and die anyway. If this law passes, whoever is caught unloading sharks fins without the rest of the carcass, as well as anyone else who or permits or authorizes the activity, is liable to get a prison sentence from 6 months to 3 years. The law will also force the immediate closure of any locales that take part in the unloading of shark fins.

Ofelia Taitelbaum, a legislator from the National Liberation Party (PLN), said that this new law was the result of 8 months of studies by scientific organizations and academies who deal with this subject. It would seem then that maybe 8 months were not sufficient in this case. This announcement is obviously meant to be welcomed with applause, when it only produces more outrage and disgust. While it is obviously much more humane to kill the sharks immediately, the whole point is missed, as it is a well known fact today that the sharks are in danger of extinction, with international shark populations having decreased by 90 percent. So, why is this massacre allowed to go on?

In 2002, Diver and filmmaker Rob Stewart began filming a documentary about sharks that shed light on the beasts in a new way, and brought the issue of shark finning into the international spotlight. He set off to film sharks on the Ocean Warrior, with Paul Watson, the founder of Sea Shepherd Conservation, and the captain of the ship. Stewart’s plan was to film around the waters of Coco Island and the Galapagos, in the hope of proving that far from being a menace to society, the sharks are the victims of the greatest predator of Planet Earth, Man. Little did he know that he was to encounter far more than he bargained for.

While filming along Guatemalan Waters, they encountered a ship that was fining sharks illegally. They managed to haul the ship back to the coast to have the crew arrested, this under the instruction of the Guatemalan government. Yet what follows defies all logic; soon after that they received a radio message that said that a Guatemalan gunboat was approaching to arrest them!

The crew of the fining ship had accused Watson and his crew of shooting at them. They were put under house arrest in their boat, docked in Puntarenas. This was when Stewart realized he had a story that the world needed to be made aware of. Going undercover, Stewart found that the Taiwanese Mafia, also known as the Shark Fin Mafia, was behind everything.

Between bribes and deceit, instead of catching criminals, the group suddenly found themselves arrested for attempted murder! Stewart filmed endless lines of shark fins drying in the sun, getting ready to be shipped. When the scandal came to light, shark fins from all over Asia could be traced back to Costa Rica! Stewarts did not stop there and while moving around the waters of Galapagos, he filmed hundreds and hundreds of Hammerhead sharks dying on 60 miles of long lines, installed illegally it goes without saying.

Stewart’s documentary Sharkwater, which was released in 2007, helped to give the world a better awareness of the cruelty of the fining process as well as the urgency of the matter with the sharks becoming extinct. Almost incredibly, Taiwan has continued to get its fins from Costa Rica’s waters.

Is this the best this government can do? Punishing the fishermen who omit to kill the beast hardly seems like a solution at all, when a strong action is to be taken now with the population of the sharks decreasing so rapidly. It is time the Costa Rica government lived by its name and behaved like a truly eco-friendly country, and protecting the local shark populations is part of this.

Ofelia Taitelbaum, a legislator from the National Liberation Party (PLN), said that this new law was the result of 8 months of studies by scientific organizations and academies who deal with this subject. It would seem then that maybe 8 months were not sufficient in this case.