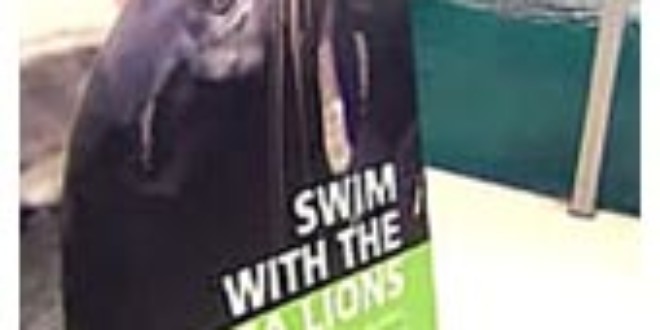 (From cbc.ca)- A controversial new attraction that allows visitors to swim with sea lions at the West Edmonton Mall won”t be reviewed until next year, according to the association that certifies zoos and aquariums in Canada. An animal rights group is already predicting next year”s review will be meaningless. “Lots of facilities have accreditation across this country. Many of them do not meet the guidelines of CAZA (Canadian Association of Zoos and Aquariums),” said Zoocheck spokesperson Julie Woodyer. Woodyer said the zoo industry is regulating itself and it”s not doing a very good job of it. The mall exhibit is “animal exploitation,” Woodyer said.