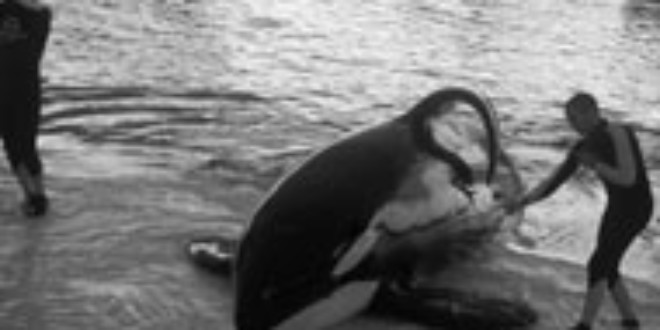 Fisher Stevens is an actor, director and producer. He is a producer of “The Cove,” an Oscar-nominated film that won the best documentary award from the National Board of Review in 2009. He co-founded Naked Angels theater company in 1986 and co-founded GreeneStreet films in 1996.

Before I started working on the documentary “The Cove,” I assumed like many others that dolphins and orcas enjoyed living at Sea World and other marine parks. They always seemed to be smiling, jumping merrily around their tanks, eager to put on a show for human spectators.

However, when I met Ric O”Barry, my perspective changed. O”Barry was the man responsible for capturing Kathy — the original “Flipper” — from the wild and helping to create the language used to train dolphins to do tricks and flips. When Cathy died in his arms some years later, O”Barry realized the whole process of capturing and training dolphins was wrong….