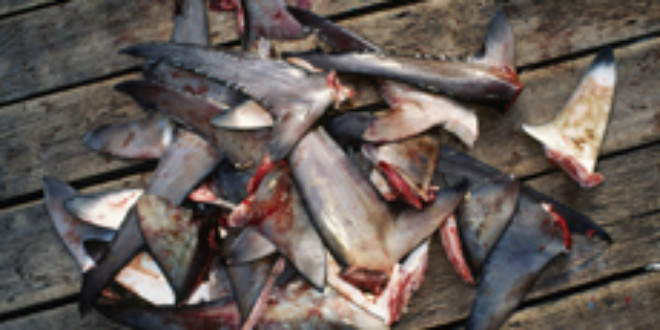 Conservationists are calling on the Federal Environment Minister Peter Garrett to stop shark fin exports from New South Wales.  The minister is currently considering whether to renew the state”s shark export license. The Nature Conservation Council of New South Wales says shark numbers are declining from over-fishing due to increased demand from Asia, where shark fin soup is a delicacy.

It delivered a giant shark fin to Mr Garrett’s Sydney office this morning in protest against exports.

The Council’s director Cate Faehrmann says there has been a large increase in the numbers of sharks targeted simply for their fins.

“We’ve seen a decline worldwide of about 90 percent in shark numbers since the beginning of the industrial age,” she said.

“This is very unsustainable. We have sharks being targeted in New South Wales waters that are listed as internationally threatened.”