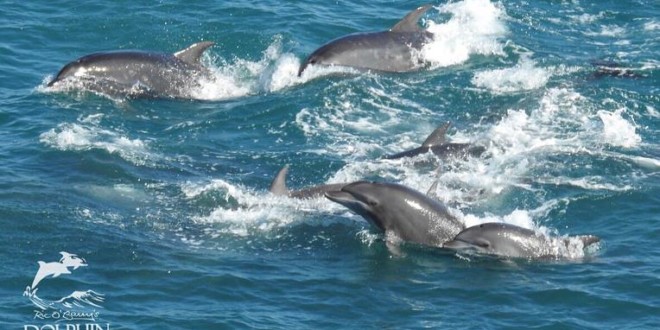 The Ric O’Barry’s Dolphin Project Cove Monitors, who livestreamed the drive on the ground, said a pod of bottlenose dolphins were netted in the Cove today.

At about 9:30am, Cove Monitors spotted a formation coming around the southernmost point. Splash was visible with the naked eye.

The dolphins were fleeing as fast as they could. Unfortunately, they were being guided towards the Cove.

Bottlenose dolphins. The big moneymaker here. The first bottlenose pod of the season.

Cove Monitors are unsure if this was the entire original pod or if some escaped. Once the dolphins were netted into the Cove, the dolphin hunters left and the Cove was eerily quiet.

No skiffs came back and it was clear this family pod would be left overnight.

Be a voice for the voiceless:
TAKE ACTION: dolphin.fyi/HelpJapanDolphins