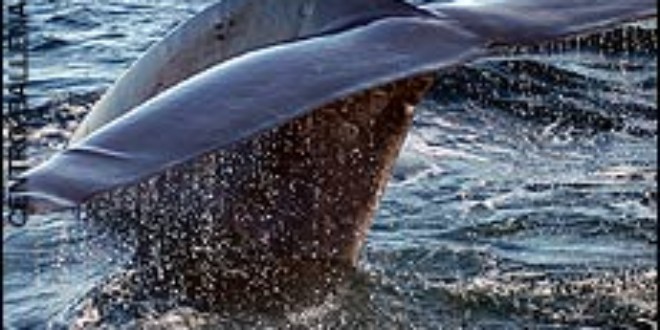 (Telegraph.co.uk, United Kingdom By Charles Clover) One of the largest nursery grounds of the blue whale is threatened by the expansion of the global salmon farming industry, a prize-winning conservationist warned yesterday.

The hitherto unknown feeding and nursery area for hundreds of the world’s largest animals was discovered off Chiloé island, near the Corcovado Gulf, in Northern Patagonia, Chile five years ago.

The find thrilled the scientific world and later featured in the BBC TV series, Planet Earth, but the area has quickly been overshadowed by concern.

The near-pristine waters of Northern Patagonia are under threat from the Chilean salmon farming industry, striving to overtake Norway as the biggest producer on Earth, Rodrigo Hucke-Gaete, a marine biologist, told an award ceremony at the Royal Geographical Society.

Dr Hucke-Gaete, 33, was in London to be presented with a £60,000 gold award by the Whitley Foundation, said that salmon farms, often financed by investors from the northern hemisphere, were expanding southwards down the coast of Chile into the area which is also a refuge for humpback whales.

The Southern Hemisphere population of blue whales is thought to be less than 2,000 after 350,000 blue whales were killed there between 1904 and when they were finally protected in 1967.