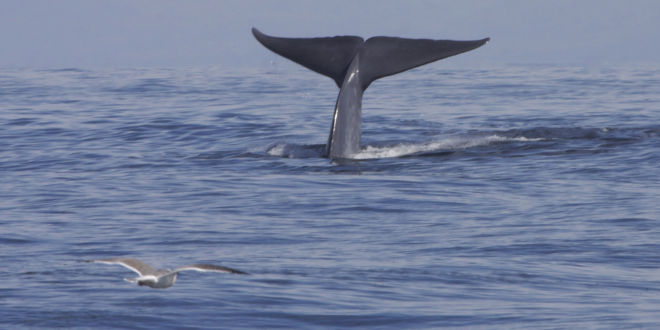 The blue whale is the largest animal on the planet, weighing as much as 200 tons (approximately 33 elephants). The blue whale has a heart the size of a Volkswagen Beetle (WWF). Like other large whales, blue whales are threatened by habitat loss and toxics. Blue whales can also be harmed by ships strikes and by becoming entangled in fishing gear. The species is described as ”endangered” by the World Conservation Union (IUCN).