Home / News / Marine Mammals / The bloodshed has begun in Namibia 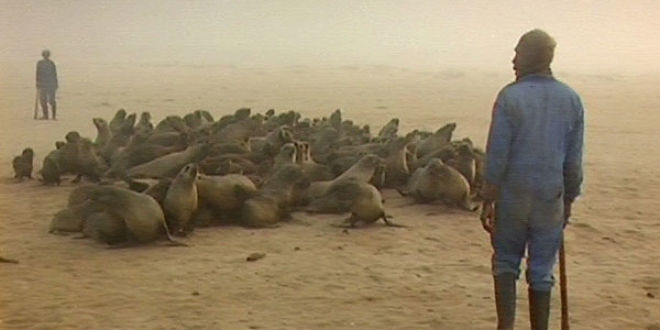 The bloodshed has begun in Namibia

Over the next four months, thousands of fur seals living in Cape Cross and Atlas Bay will be brutally killed for their fur, oil, and genitals.

Namibia, where seals are listed among the most important commercial marine species, has set an annual hunt quota of 80,000 Cape fur seal pups and 6,000 bulls.

As of today, some 80,000 Cape fur seal pups will be beaten to death after being violently separated from their mothers and herded for cruel slaughter. Pups, still nursing, will be hit in the skull and throughout the body. Then, whether they are still alive or dead, they will be stabbed in the neck and slashed open with knives in the middle of the screams of their mothers.

An additional 6,000 Cape fur seal bulls are killed for their genitalia (thought to be an aphrodisiac in some cultures.) Most of this is exported ultimately to Asia.

The massacre of Cape fur seals is brutal for a number of reasons, including the method of killing and the effect it has on the entire colony.

Once the men have a group of seals under their control, they let the group try to escape to the sea while clubbing them. They aim for the seals’ heads and try to stun them. In this panicked scene, with pups crying and terrified, trying to escape, clubbers often miss the seal pup’s head or hit the head with inadequate force to stun the pup. The clubbers, therefore, hit the pups repeatedly as they try to stun them. After they stun them, they stab the pups in the heart, still in front of the other pups and near the rest of the colony. Sometimes the pups have not been completely stunned or they regain consciousness as they are being stabbed (source: harpseals.org)

The hunting season runs 139 days, from July through November, giving the animals little respite. Sealers target larger pups and allow the smaller, thinner ones—those with poorer chances of survival—to get away. This can weaken the long-term genetic vigor of the populations.

Hunting permits are issued by the Ministry of Fisheries and Marine Resources, which “accuses” the fur seals of depleting fish stocks.

The pups are killed mainly for their fur, but also for their blubber, which, like harp seal blubber, is sold as a ‘health food supplement’. The bones will be used in jewelry and skins to make boots and other luxury items.

Hatem Yavuz, a Turkish-Australian fur dealer, is one of the main license holders.

Hatem Yavuz, known as the butcher of Namibia, is responsible for the death of these hundreds of thousands of sea lions.

Yavuz resides in Australia and its fur processing plant is located in Turkey. Yavuz controls 60 percent of the fur market in the world.

Since Turkey is not part of the European Union (whose members are prohibited from importing and exporting products derived from seals), skins are shipped from Namibia to Turkey where they are processed and sold to countries such as China and Russia.