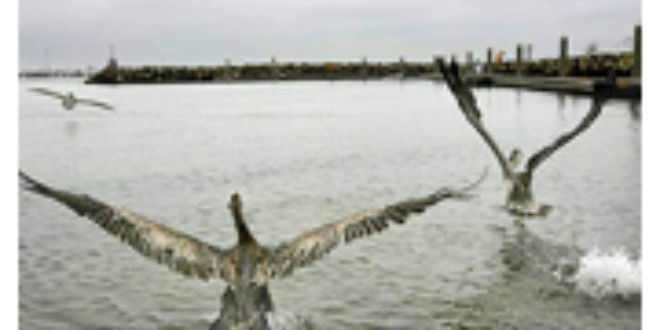 (From latimes.com)- They were among about 130 juvenile pelicans discovered, emaciated and ill, in the last two months in a variety of unexpected places from Long Beach to Santa Barbara — in backyards, condominium complexes and shopping mall parking lots. “A lot of these birds are basically starving to death,” he said. “Young pelicans, which usually don”t fly as far out to sea, can be identified by their brown heads and white bellies. Inexperienced birds often become interested in fishermen for food, diving on their bait and becoming entangled in lines or caught on fishhooks.”


(by By Louis Sahagun)