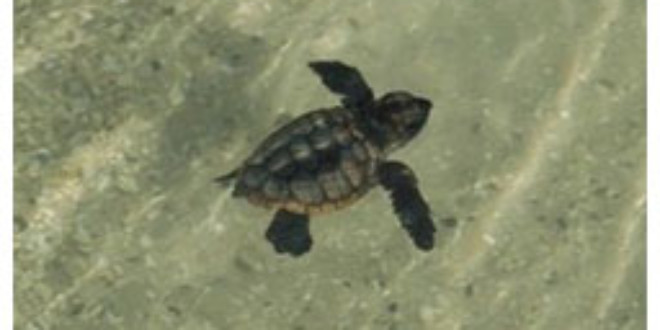 Baby turtles released to the sea

(From ktla.com) Chiapas, Mexico- Dozens of people lined up along the beach on Tuesday at the Puerto Arista sea turtle sanctuary to help set approximately seven thousand hatchlings off on their journey into the sea. Families and volunteers stood behind a line of orange tape and cheered on the tiny turtles as they struggled towards the surf.

The sanctuary, located near the city of Tonala in Chiapas, aims to release a larger number of hatchlings each year.

The public events are part of conservation efforts to raise awareness and to revive the dwindling numbers of marine turtles in Chiapas.

Volunteers collect eggs from the nests that are located along the 100 kilometer (62 mile) stretch of beach that the sanctuary encloses.  Then some ten thousand baby turtles are released during the month of October, according to a spokesperson for the Secretary of Environment for the state of Chiapas.

September, October and November are high season for hatchlings in Chiapas.

Of every thousand sea turtle hatchlings that are released only two or three will survive to adulthood and return to nest.

Their sought-after eggs by locals who believe them to have aphrodisiac properties and the destruction of their habitats continues to contribute to their struggle for survival.