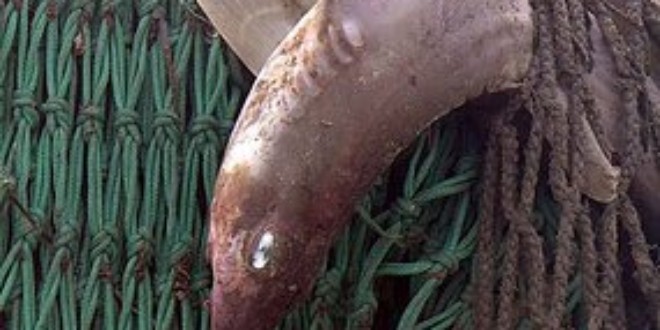 Australia and New Zealand will raise with EU officials the issue of two Spanish boats using huge nets, known as gillnets, in waters between the two countries.  The governments are concerned the two vessels are using the nets, which have been banned in the North East Atlantic in waters deeper than 200 metres.

Australia”s deepwater migratory sharks and other fish species are likely to be caught in the nets, including “harrison”s dogfish”, which is considered to be critically endangered due to overfishing.

Gillnets are a particularly lethal form of fishing. If the fishing net gets lost, it acts like a “ghost net” and continues to catch fish as it bobs about in the ocean… Read Full Article by Suzanne Smith