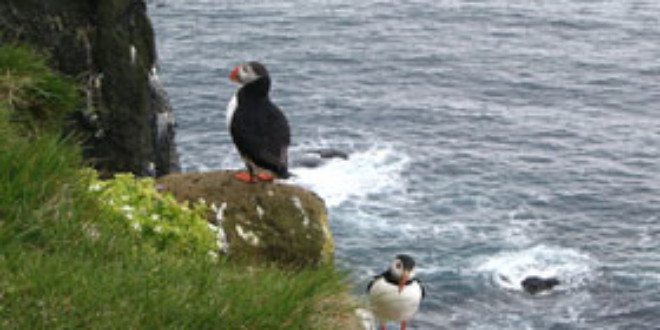 Data was downloaded from thirteen of these geolocators with the records showing that over three-quarters of the birds made excursions lasting between one and four months into the Atlantic between successive breeding seasons, before returning to their home waters inthe North Sea. Previous studies have shown that puffin numbers at the two largest colonies on the east coast of Britain declined by 30 percent between 2003 and 2008 following rapid population increase over the previous 40 years. Further counts in 2009 confirmed this decrease and also recorded a decrease at two other colonies.

Most seabird mortality occurs during the winter when food abundance is depressed, weather conditions are poor and shorter days restrict foraging opportunities. Since there was an unprecedented mortality of adult puffins over the 2007/2008 winter, the logger results suggest that conditions inthe North Sea may have become less favourable for puffins in recent years, particularly during autumn and early winter, forcing many birds to move into the Atlantic…. Read Full Article