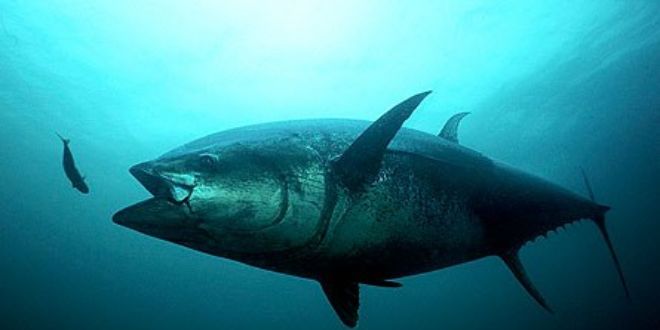 Overfishing is the main threat. The migratory habits of this large fish make it difficult for conservation efforts by any one government to make a significant difference in their overall fate, increasing the difficulty of tuna conservation. Tuna are at the top of the marine food chain, and their decline could have negative impacts on other species. The species is described as ”endangered” by the World Conservation Union (IUCN).