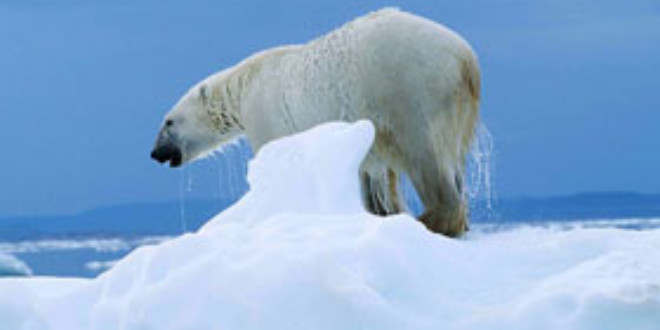 The long term survival of polar bears is being threatened by man-made pollution that is reaching the Arctic.

This conclusion comes from a major review of research into how industrial chemicals such as mercury and organochlorines affect the bears. The review suggests that such chemicals have a range of subclinical effects. When added together, these can have a dramatic and potentially fatal impact on the bears” bones, organs and reproductive and immune systems. A range of man-made pollutants reach the  polar Arctic region,   carried there in the air and water. These include toxic metals such as mercury, organohalogen contaminants (OHCs) including organochlorines, and polybrominated diphenyl ethers (PBDEs) and perflourinated compounds (PFCs), which are used industrially in insulating fluids, as coolants, in foams and electronics and as pest control agents.

Such chemicals are often fat-soluble and accumulate in the fat of many animals, which are then eaten by top predators such as polar bears.