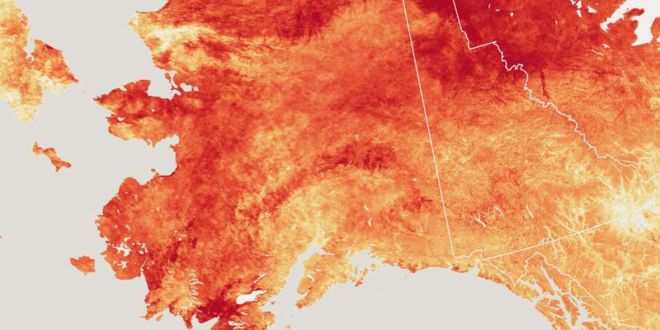 This spring, temperatures in Alaska and northern Canada have been significantly higher than usual. Red indicates areas warmer than average while blue indicates colder than average. The darker the red, or blue, the greater the deviation from average. (NASA Earth Observatory)

With Alaska in the midst of an unprecedented heat wave that experts say is driven by the climate crisis, Anchorage—the state’s largest city—reached an all-time high temperature of 90 degrees on Thursday.