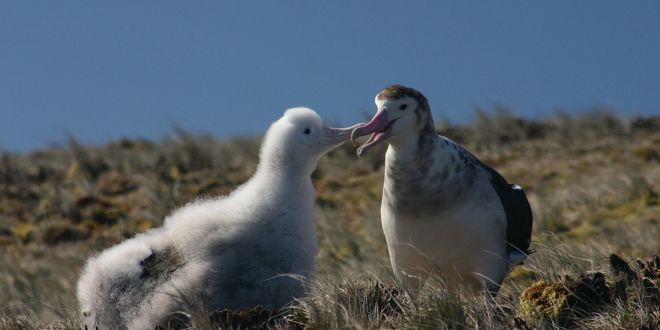 Diomedea amsterdamensis has an extremely small population confined to a tiny area on one island. Although numbers have recently been increasing, a continuing decline is projected owing to the impact of a disease which is probably already causing chick mortality. Amsterdam Albatross breeds only on Amsterdam Island in the southern Indian Ocean. The island on which the albatross breeds has undergone a significant decline in habitat condition due to the introduction of ship rats, feral cats and cattle while the birds are threatened at sea by the practice of longline fishing. The species is described as ”critically endangered” by the World Conservation Union (IUCN).