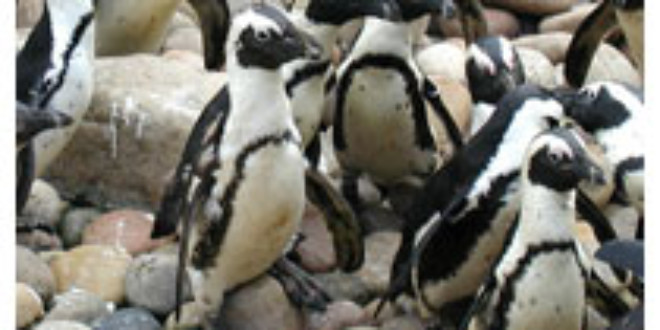 (From theherald.co.za)- The latest victims of this week‘s enormous seas, eight African penguins with broken feet, were rescued yesterday from Bird Island. Addo Elephant National Park section ranger Guy Padayachee, whose jurisdiction includes Bird Island, said the birds had probably been trying to scramble out the water when they were smashed into the rocks by the nine-metre waves.
“The swell was the highest yet recorded at Bird Island. We found the carcasses of 14 penguins under the rubble.”  The waves pushed about 15m onto Bird Island, swamping a number of nests. Some penguin chicks were probably lost, but it was not yet clear how many, he said.