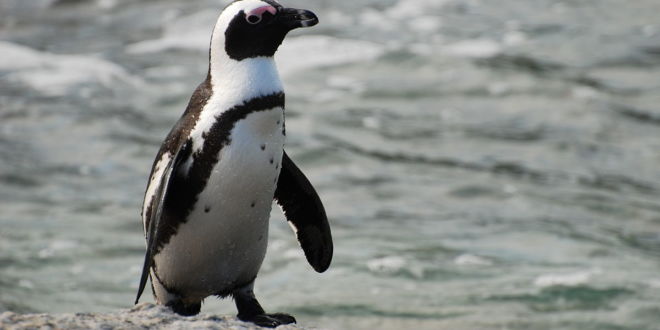 Roughly 4 million penguins existed at the beginning of the 19th century. The African penguin is only found on the south-western coast of Africa, living in colonies on 24 islands between Namibia and Algoa Bay, near Port Elizabeth, South Africa. It is the only penguin species that breeds in Africa. African penguin remains susceptible to pollution of their habitat by petrochemicals from spills, shipwrecks, and cleaning of tankers while at sea. This species is classified as endangered because it is undergoing a very rapid population decline, probably as a result of commercial fisheries and shifts in prey populations. The effect of bycatch is of greatest concern for this penguin. Habitat loss and climate change are among other critical threats. This trend currently shows no sign of reversing, and immediate conservation action is required to prevent further declines.  The species is described as ”endangered” by the World Conservation Union (IUCN).